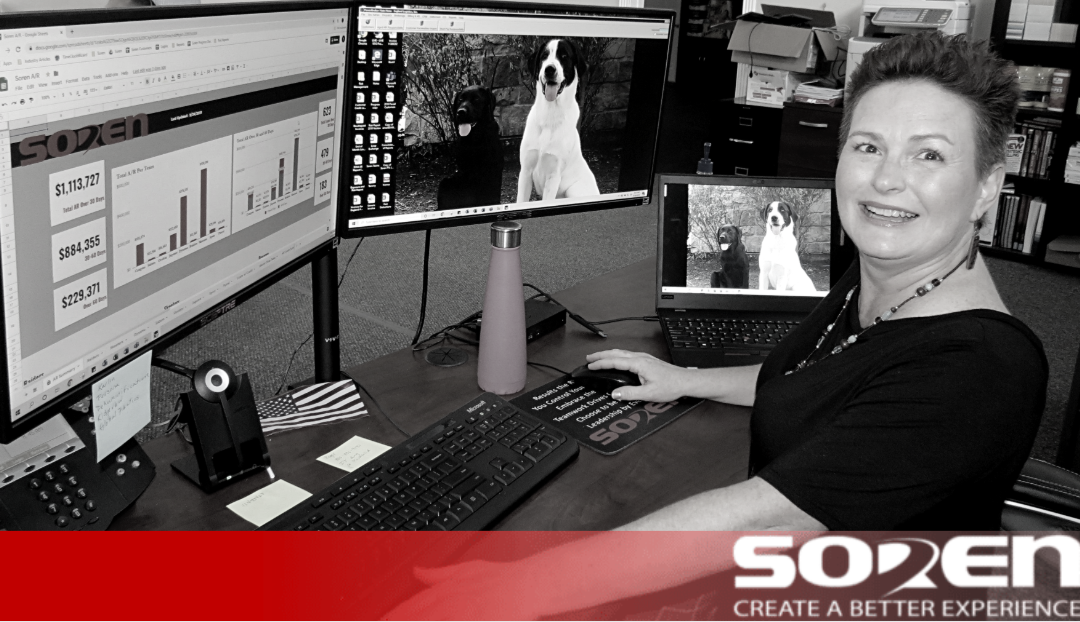 Meet Tammy Hill! Tammy has not been with Soren long, but her impact has been big! Her contribution to the growth and success of Soren has already shown as she has succeeded in her role as AR Coordinator to help manage customer payments. Lexi Battles, Office Manager, says, “Tammy has a spunky and fiery personality that makes her perfect for her role at Soren. She works hard to keep on top of her responsibilities and is eager to find ways to improve herself and the team as a whole. She doesn’t shy away from a challenge that may come up with a customer account, which shows her can-do fearless attitude. Even with her focus on trying to do her best, Tammy also has a big heart and is always willing to go out of her way to help someone out.” We are proud to introduce you to Tammy and have her as a part of our team!

Here are some fun facts about Tammy:

What brought you to Soren?  Soren’s reputation was certainly a factor. A good friend of the family had previously worked at Soren for the last two years and he told me that the culture supports learning and development on the job in addition to rewarding hard work.

How is Soren different than other companies you’ve worked for? The Core Values of the company, they actually mean something.

Which Soren core value means the most to you and why? You control your progression. I have a say in how much I can grow within the company, everyone does.

Do you have any advice for new or potential Soren employees? Be ready to work hard but also have fun. Also, bring snacks.

Tell us a little bit about your family… I am married to the greatest man ever in the history of the world, Andy! We have 2 amazing boys and 2 puppies. Tyler is a sophomore in high school and he loves theatre! His next performance he landed the role of Captain Hook in The Lost Boys. Samuel is in 8th grade and he loves football! He plays Guard on the team. Jack is a black and white English Pointer and is 7 months old. Sally is a solid black Lab and is 4 months old. So basically we have 4 kids now and they are all so much fun to be with!

Where is your favorite place to be? With My Love

What is your favorite movie or TV show? Handmaid Tales, Dexter, X-Men Series, and all comedies

If you had to eat one meal, every day for the rest of your life, what would it be? My husband’s brisket

If you could meet anyone living or dead, who would it be? President Donald Trump

If you were stuck on an island what three things would you bring? A fully equipped, stocked, functional, and provisioned large yacht; fully loaded working guns, jet skis (family is a given as they aren’t things)

People would be surprised if they knew… We were married on Halloween in boots and jeans, had a BBQ afterward, and then went trick or treating with the kids! Best day ever!