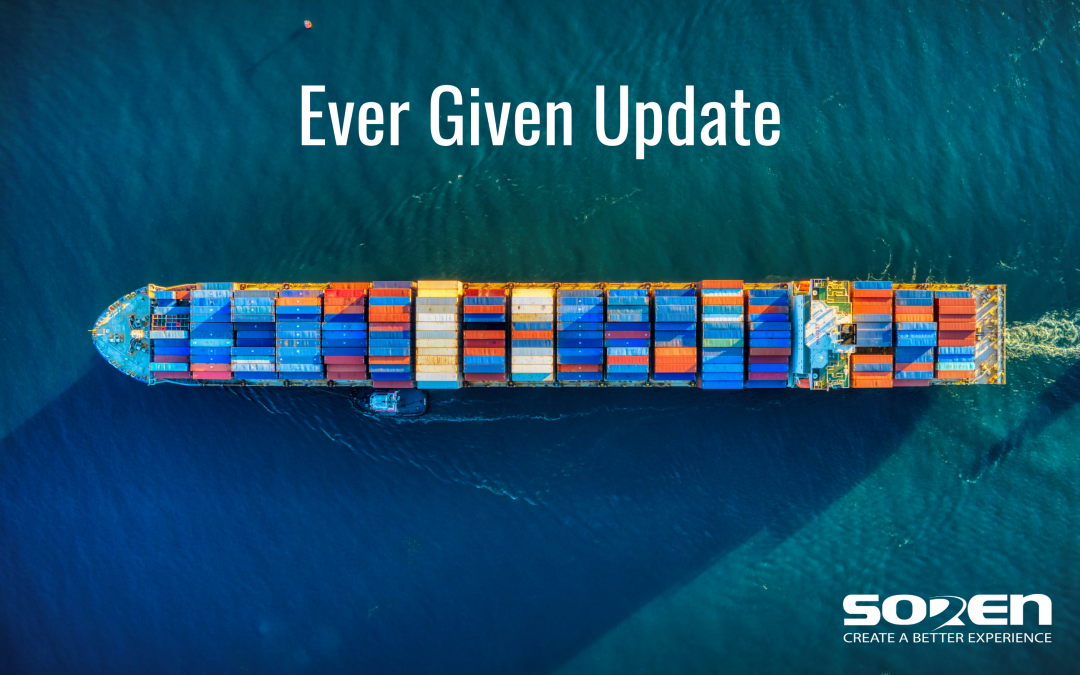 3 months ago, the Ever Given blocked the Suez Canal for 6 days creating an uproar in the transportation and logistics industry as the high traffic canal was not passable. The blocking of the canal cost an estimated $5.1 billion per day. The container ship was seized in Europe and charged with $916 million in damages due to loss of business. After 3 months of negotiation, a $150 million settlement has been agreed upon and the Ever Given is on the move again.