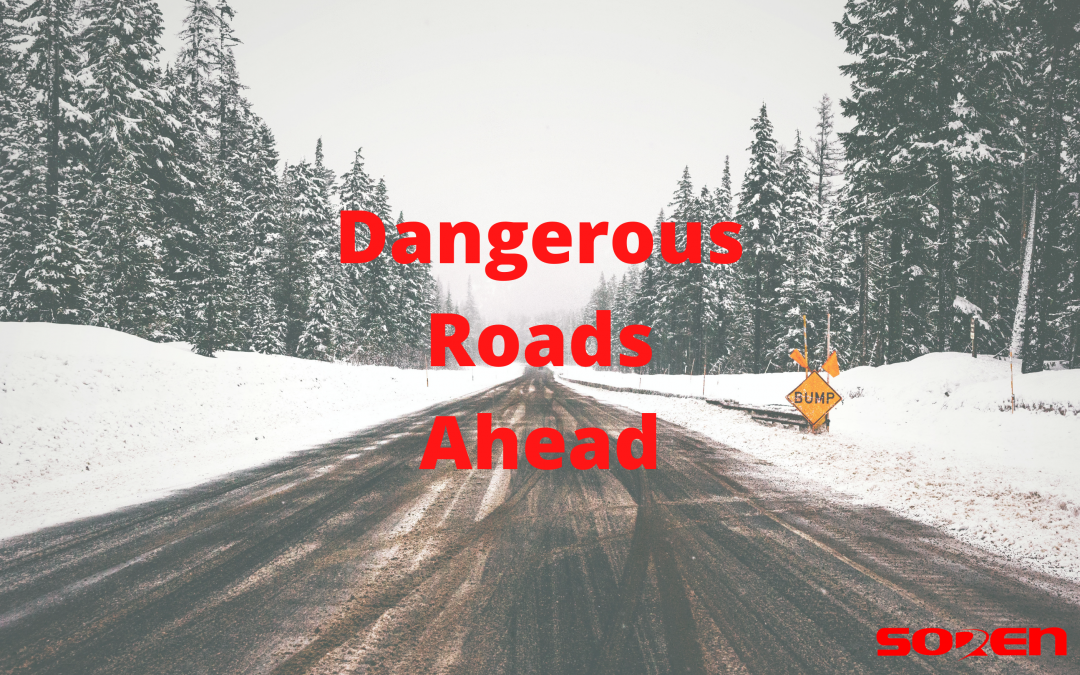 Did you know that icy roads are the top cause of car accidents during winter weather due to the way the car handles and the lack of driver reaction time. Winter weather can lead to extremely dangerous conditions on the road. In addition to dangerous weather conditions, there are some roads that are inherently more dangerous than others. Freightwaves has identified the top 5 US highways that should be avoided when possible.

The portion of Highway 2 in Montana has the highest traffic death rate compared to the rest of the highway. Highway 2 in Montana is subject to high winds, blizzards, and black ice. Since the area is so rural and far apart from one another, it even takes emergency vehicles an average of 80 minutes to respond to the incident. Due to the rural conditions and small population, people who drive on Highway 2 tend to speed which creates dangerous conditions.

2. U.S. Highway 550 in Colorado AKA The Million Dollar Highway

This highway got its nickname, The Million Dollar Highway, because it took 1 million dollars to build back in 1880. Although this highway only spans 25 miles, it has twists and turns around the mountains and gets up to an elevation of 11,000 ft. With Colorado’s winter weather that ices over roads, it makes this mountainous terrain very dangerous for truckers due to the scarcity of barriers between the road and the steep drop off the mountain.

This highway stretches across 1,900 miles from Maine to Miami. This is the longest interstate that goes north to south. Since it travels through cities with a high population, there are many deaths along this interstate every year. The most dangerous area of the interstate in in Norwalk, Connecticut where winter weather, strong winds, and springtime rains bring dangerous driving conditions.

Although Interstate-10 is over 360 miles, the 150 miles from Phoenix, AZ to California is one of the nation’s most dangerous highways. With around 85 deaths per year and only one spot to stop for gas, this highway is one that should be taken seriously. With I-10 being the United State’s 4th longest highway, it is well traveled, and drivers must take care when driving through the desolate dessert.

The Dalton Highway is also known as Alaska Route 11 and is dangerous due to its mountainous terrain. Like the stretch of I-10 previously mentioned, the Dalton Highway also has only one fuel stop and very little access to emergency personal. The Dalton Highway is the main road that truck drivers use while driving through Alaska to get to the northern side of the state. In addition to the mountainous terrain, the dangerous icy road conditions, paired with extreme low temperatures create a recipe for a dangerous drive. Due to the dangerous conditions, helicopters patrol the area twice a day to look for breakdowns and accidents.

It is important for drivers to be aware of adverse conditions on the roads, as well as the areas that pose the most threat. For drivers who are interested in ways they can prepare for winter weather across all highways and terrains, read our article, Winter is Coming  on our website here: https://sorentransport.com/winter-is-coming